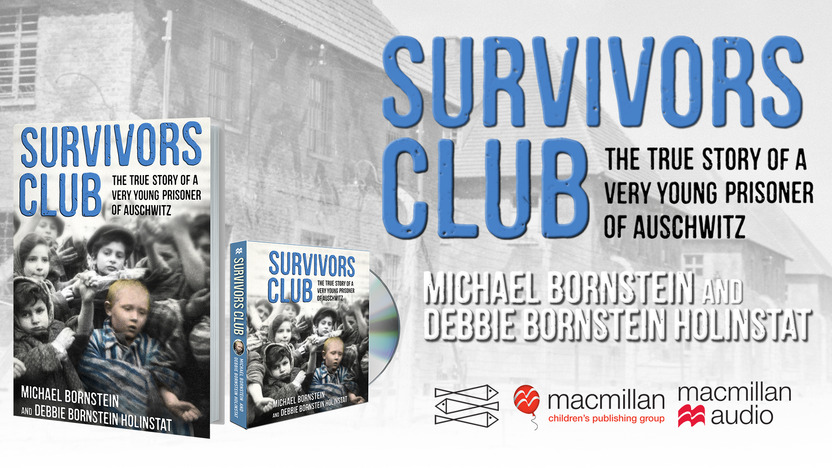 A famous photo of children being liberated from the Auschwitz death camp has been viewed by millions of people at museums around the world. Yet Michael Bornstein never wanted to step forward and caption his own image. He was happy to have forgotten that unspeakable part of his childhood. But when a document recovered by a museum revealed shocking new details about his survival – and writings from abroad revealed untold secrets about his father, Michael knew it was time to talk.

Debbie Bornstein Holinstat helps her father detail his story of survival more than seventy years after soldiers liberated him from the most notorious death camp in world history. Middle-grade readers, on up to adults, will find heart and optimism in the last places on earth you might ever expect to hear it.